Yeast – All About It

If you have ever bitten into a warm piece of bread or enjoyed a cold beer on a hot day, then you can thank a tiny organism known as yeast. And while you may have enjoyed the benefits of yeast in your everyday life, do you really know what it is and why it is at the heart of so much research-

The Basics of Yeast

Yeasts are single-celled microorganisms which belong to the fungus kingdom, found alongside molds and mushrooms. While single-celled, they are by no means basic, having a complex cellular organization which includes a nucleus, winning them the classification as eukaryotes. Many of these cells propagate via budding, which describes the formation of a small bud, or daughter cell, on top of the parent cell. The nucleus of the parent cell splits and partly migrates into the daughter cell which continues to grow until it separates, forming a new cell. 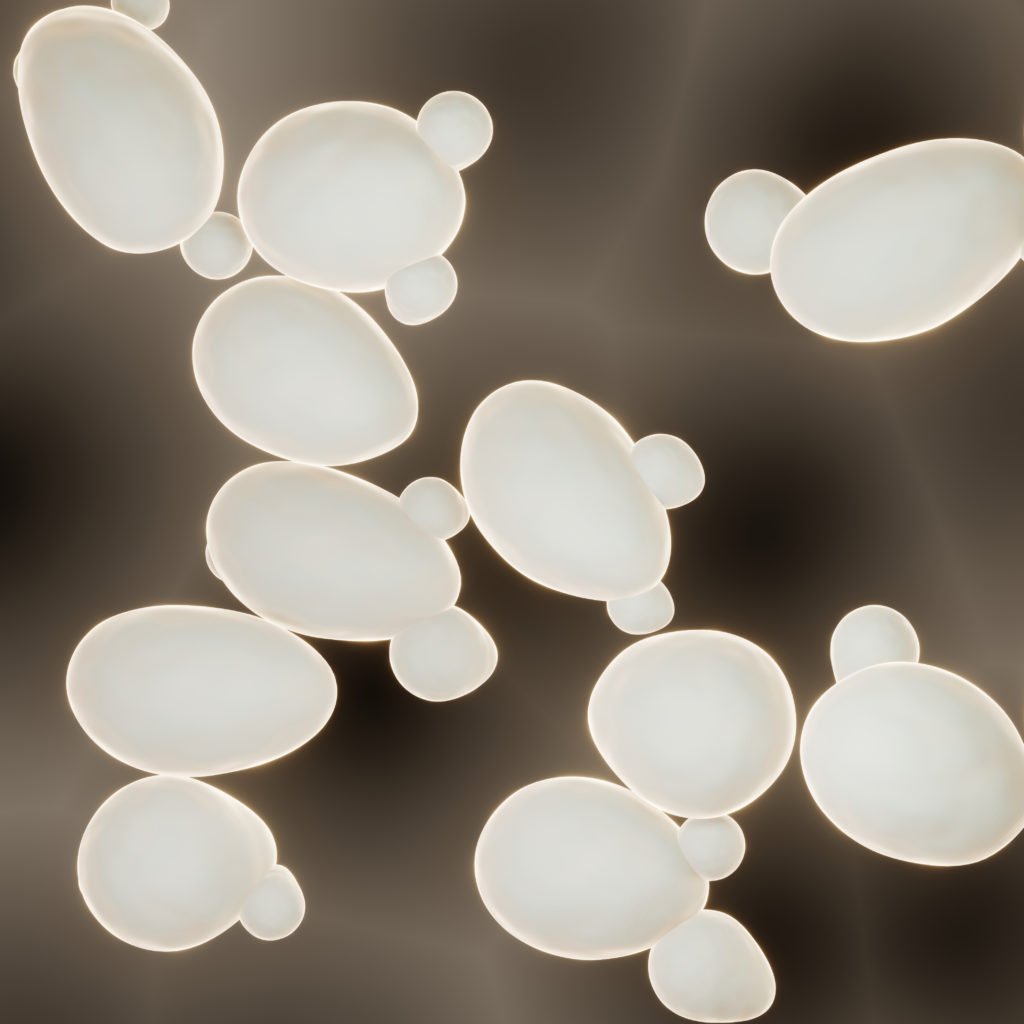 But apart from replicating themselves, yeast cells can generate a vast spectrum of different products. Notably, their ability to produce ethanol from sugar through fermentation makes them important production hosts for alcoholic beverages, like beer and wine.

Saccharomyces cerevisiae is the most used yeast species in both fundamental research and as a production host. Its utilization for ethanol production reaches back thousands of years already, making it probably one of the oldest domesticated organisms.

It is also commonly referred to as baker’s yeast, which points at its second most famous application: baking bread. Here, the byproduct of alcohol fermentation, carbon dioxide (CO2), comes into play. Its release loosens the dough and thereby enables the fluffy consistency of our bread.

And yeast is not solely used in the food and beverage industry. Apart from alcoholic beverages and foods, yeasts are also used to produce a variety of products ranging from important bulk products like organic acids or biofuels, and high-value pharmaceuticals like insulin for diabetes treatment.

Yeast as a Model Organism

In contrast to prokaryotic bacteria, yeasts are eukaryotic organisms, sharing fundamental properties of cell biology with human cells, including metabolic regulation processes and the existence of subcellular organelles. Hence, researchers use yeasts as investigation platforms to better understand the eukaryotic metabolism and ultimately the principles of human biology (including disease-related processes) in detail. Many proteins involved in such processes already have a yeast counterpart but the development of so-called “humanized yeasts”, which describes the expression of human proteins in yeast, allows a thorough investigation of pathways that are human-specific. Thus, yeast systems have helped to solve complex medical research questions and identify putative drugs for several diseases such as Parkinson’s or Alzheimer’s disease.

Being microorganisms, yeast cells share with bacteria the simplicity and ability to grow at a rapid pace. This makes them perfect for a broad range of molecular techniques and provides the convenience of easy cultivation on solid medium, in shake flasks, or in bioreactors.

1 Depending on the strain

Robustness and tolerance towards certain “extreme” conditions (e.g., low pH, high salt concentrations) and products (e.g., alcohols or acids), make yeast an ideal cell factory. Due to a great level of experiences with common species like S. cerevisiae, these cells are furthermore Generally Recognized As Safe (GRAS-species), an important asset for the food industry.

Generally Recognized as Safe (GRAS) ingredients are those that have undergone safety evaluations by experts and meet the criteria outlined in sections 201(s) and 409 of the Federal Food, Drug, and Cosmetic Act. 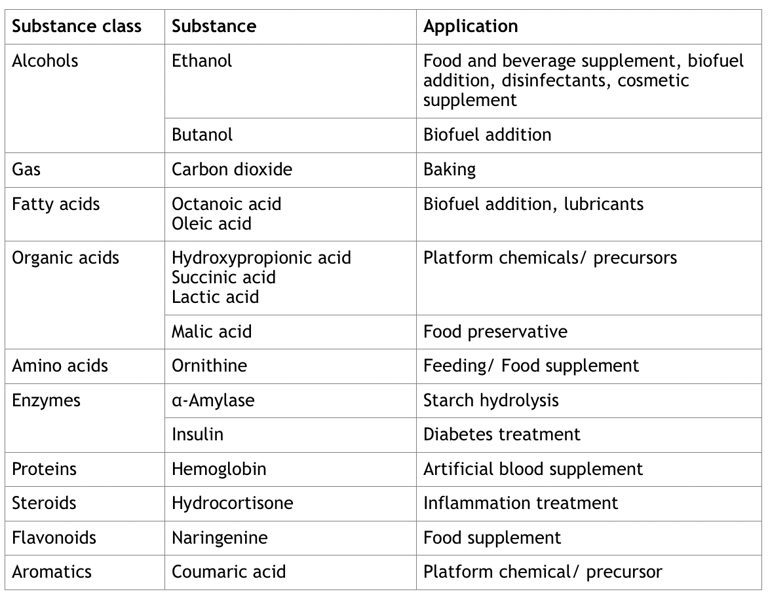 Because of its outstanding role as a eukaryotic model organism and the many products that are produced with yeast, applications are ubiquitous and numerous different strains exist that offer specific advantages for the desired role. Many different methods like microscopy, product and substrate analysis, toxicity tests or biomass monitoring help to generate a complete picture of the strains’ characteristics and requirements and enable control over specific fermentation processes.